The first parabolic, tape installations were developed in response to the sense of restriction in the new Central St Martins building at Kings Cross and were also designed to combat the sterile quality of the space and the emptiness of the void. At the same time, I wanted to side-step the bureaucracy of the institution and so I installed them without official permission from the Estates staff. The use of barrier tape alludes to the restriction and control.

Firstly, in terms of their use of a modernist aesthetic: straight lines and simple geometric shape - parabolas.

And secondly, in my ambivalent feelings towards the sometimes puritanical, dogmatic ideology of modernism: that has stated that ornament is a crime.

Although installations have an ornamental quality, they could also be seen as minimalist sculpture. There is a tension between their literal structure, in their simple geometric form, and the phenomenal effect of the multiple shapes that you see from different perspectives and at various times of the day. At same time, they draw attention to different aspects of the space: they make you look up at the cathedral-like atrium and they mirror the curved roof of the building. 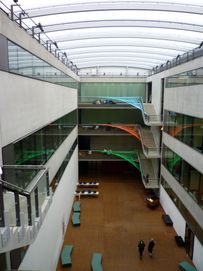 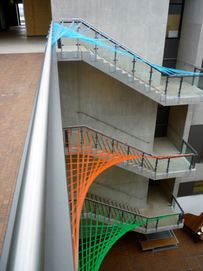 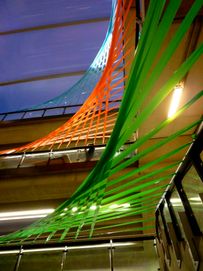 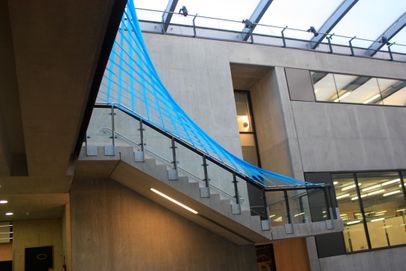 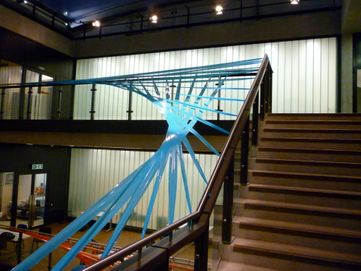