The temporary installation was made from a web of tape stretched between two sides of a quadrangle in Lincoln College. It was generated by a participatory performance where rolls of tape were thrown down from windows around the quad. Pairs of tape, one from each side of the quad, were tied together and later the ‘tape-neighbours’ met in the bar for a social night. Each pair was asked to find one thing that they had in common and were interviewed and photographed. This information was set out as a web diagram and displayed in the College and on the internet.

The work is inspired by the architect-artist Gordon Matta-Clark who spoke of the importance that living in an apartment and meeting neighbours from his windows, high above the ground, had on his artistic development. He called them ‘sill neighbours’. His empathy and search for solidarity connected him to local communities and his events often culminated in meals. He used buildings as metaphors for society and as objects in themselves. 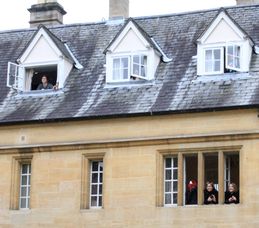 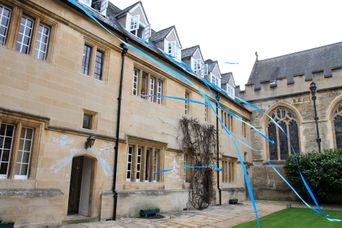 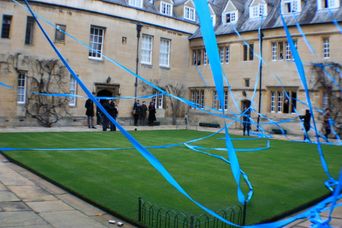 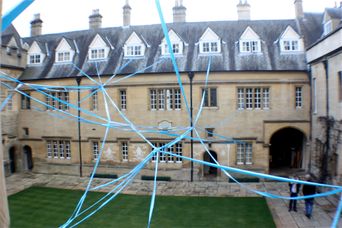 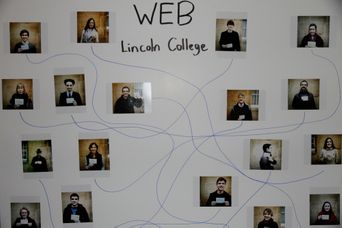